Background:
Josh graduated from Valley Regional High School in Deep River, CT in 2006. There, he ran 17:07 for cross country 5k, 1:59 for 800m and 4:39 for 1600m. After high school, he attended High Point University, where he walked onto their Div. 1 cross-country and track and field programs. His times dropped fast in college, allowing him to earn a scholarship after just the first semester. At High Point Univ., Josh was able to improve his 800m time to 1:54.63 and was able score points for his team in the Big South Conference meets. Since he graduated in 2010, Josh has further dedicated himself to his training and has run 14:56 for 5k (track), 32:42 for 10k (road) and 1:13:55 for the half marathon. 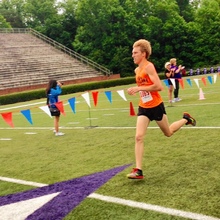 Background:
Brett graduated from Landrum High School in Landrum, SC where he was an All-State runner in 2010. After high school, he attended Spartanburg Methodist College where he spent two years and earned All-American at the NJCAA Half Marathon Championship. After transferring from SMC, he went on to earn All-Conference, All-Regional, and the Scholar Athlete of the Year award before graduating with a bachelors degree in Elementary Education from North Greenville University in 2015. He is currently the 2015 South Carolina Male Long Distance Runner of the Year!

Background:
James began running when he was a freshman at Greer Middle College Charter High School to originally prepare for soccer. He did not appear on the competitive scene until his late sophomore year in high school (17:35) at the state meet in 2010. During his sophomore year, he discovered his love for running and decided to compete only in Cross Country and Track. When James graduated from Greer Charter in 2013, he had received an athletic scholarship to train under Mike Foley at Spartanburg Methodist College. He was able to graduate from Spartanburg Methodist College in one year (2014) and transferred to Western Carolina University where he was able to receive a walk-on spot. However, due to interests in a career change, James decided to transfer to Clemson University for the spring of 2015. James has decided to major in Health Fitness and minor in Athletic Leadership.

Background:
Kyle began his running career at Riverside High School. There, he ran cross country and track and field. He led Riverside to win their first boys cross country championship since 1997 in 2014. He was All-state in cross country as well as track and All-American at the USATF Junior Olympic Championship for cross country. While at Riverside, he broke, and still holds, the 5000 meter school record as well as the 2000 meter steeplechase record. Since graduating high school in 2015, Kyle has joined the track and field team at the University of South Carolina and hopes to further his running career while attending the school. 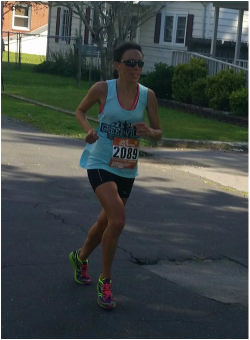 Background:
Karen has been running for 25 years starting as a sophomore at the famous  running program of Estero High School in Fort Myers Florida and then ran cross country and track for Furman University here in Greenville SC. She graduated with a BS in Biology and an MA in Health and Exercise Science. She has taught Biology at Riverside High School for 18 years and  coached Cross-Country for 11 years until 2008, producing 2 State Champion Teams and several individual State Champions. Karen, herself, has won too many road races to remember but a few are the Spinx Run Fest Half Marathon, Greenville News 5K, Greenville Track Club Earth Day Half Marathon...Her biggest running accomplishment was winning the 2007 Running Journal Grand Prix  for the Southeastern U.S. Karen is now a Master and recently won the Master's Title at the Reedy River Run as well as finishing 10th Master at the Saranac/Boilermaker 15K in Utica, N.Y.(the World's 2nd largest 15k) 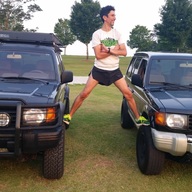 Background:
Nelson has been working with us selling running shoes for over 10 years. Originally from Bogota Colombia, Nelson started running in Junior High and realized he was good at it. He has now been running for over 25 years. He is now also teaching History and Spanish at Hughes Middle School. Nelson has run many road races over the years, including the world famous Bogota Half Marathon which is run at over 8,000 feet altitude. 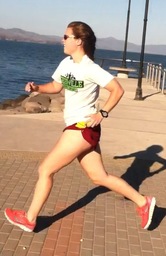 Background:
Hannah ran at Riverside High School before graduating in 2010. She then went on to Spartanburg Methodist College to run for Mike Foley. After SMC, Hannah went to Clemson University and earned a BS in Nutrition and Dietetics. During the Week Hannah works as a nutritionist for WIC. When she is not running, Hannah is either on Pinterest or letting her two mutts take her for a walk.